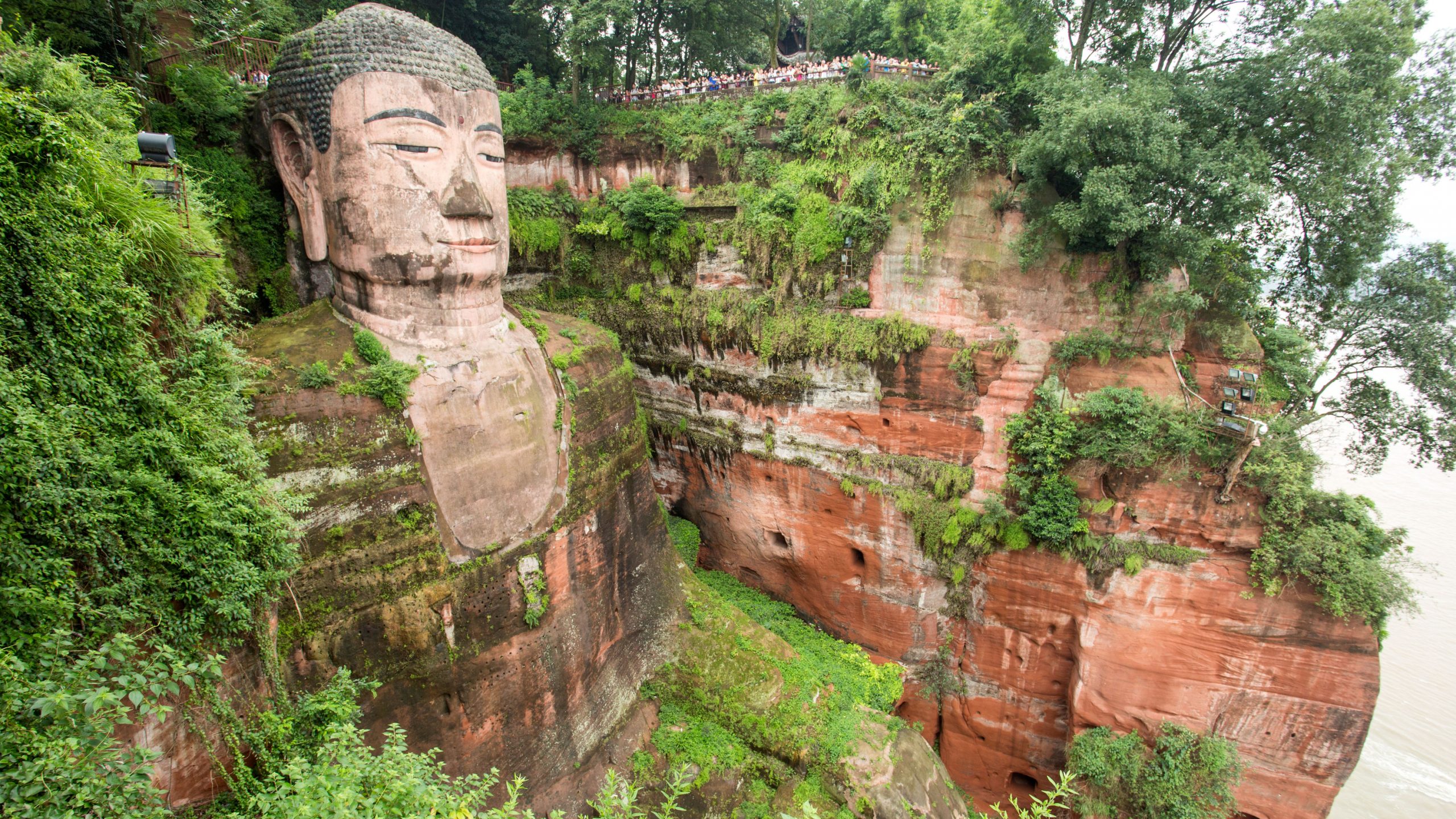 In ancient times, the water at the joint of the three rivers was very intense and there were always capsized boats. To slow down the water flow, Monk Hai Tong recruited artisans to build the Giant Buddha. It took 90 years to finish carving the Leshan Giant Buddha during the Tang Dynasty.

As the largest cliff stone statue in China, Leshan Giant Buddha initially represented the people’s simple wish to calm down the water. For thousands of years, Leshan Giant Buddha has guarded the landscape at the confluence of the three rivers. The site and the statue were listed as UNESCO World Heritage Site together with Mount Emei in 1996.

Leshan Giant Buddha Scenic Area not only owns the famous Buddha but also various temples, gardens, towers and much more. There are two ways to admire the Giant Buddha. You can either climb the Giant Buddha or take a leisure boat tour to see the panoramic view of the Buddha.

Leshan Giant Buddha
Leshan Giant Buddha is famous for its incredible size. This seated Buddha is 71 meters high and 28 meters wide at the shoulders. It features a sophisticated drainage system carved into various places on the body to carry away rainwater and reduce weathering. On each side of the statue, there are 8-meters-high warriors.

There are two routes for hiking. One is hiking up on Lingyun Mountain and watching the buddha from a very close distance. Another route is to walk downstairs of Zigzag Nine Bends which can provide you a chance to see it clearly from head to toe. Good physical condition and patience are required because it is a popular route full of crowds. Baxiandong Dock
If you want to avoid the crowd on the mountain or prefer to see the panoramic view of the Buddha, then Baxiandong Dock is where you can aboard on a boat tour. The cruising takes about 30 minutes. Lingyun Temple
It is located nearby the head of Leshan Giant Buddha. Founded more than 1,400 years ago in the early Tang Dynasty is one of the oldest temples in China. The whole temple is composed of Tianwang Hall, Daxiong Hall and Depository of Buddhist Sutras, which form a quadrangle courtyard. Su Garden
Above the entry and exit area of the Buddha, there is a manicured garden around a cliffside teahouse. It is a garden built to commemorate Su Dongpo, the poet of Song Dynasty. 3 Facts about the Leshan Giant Buddha

People believe Maitreya brings happiness: In the 8th century during the Tang Dynasty, Buddhism had been one of the most important religions in ancient China. The sutras say that when Maitreya comes into the world, the world will be at peace. That’s why Hai Tong built Maitreya because he wanted to keep the local people safe from the threat of floods.

Leshan Giant Buddha can show emotions: Giant Buddha has been sad and happy during different moments. He does this by closing his eyes when is feeling sad or showing happiness when he was satisfied with a particular situation. This was, however, said to have been caused by bad weather and air pollution.

A halo appears on the head of the Giant Buddha: The Buddha’s halo is a natural phenomenon, which is formed by the reflection of sunlight on the surface of water droplets in the clouds. 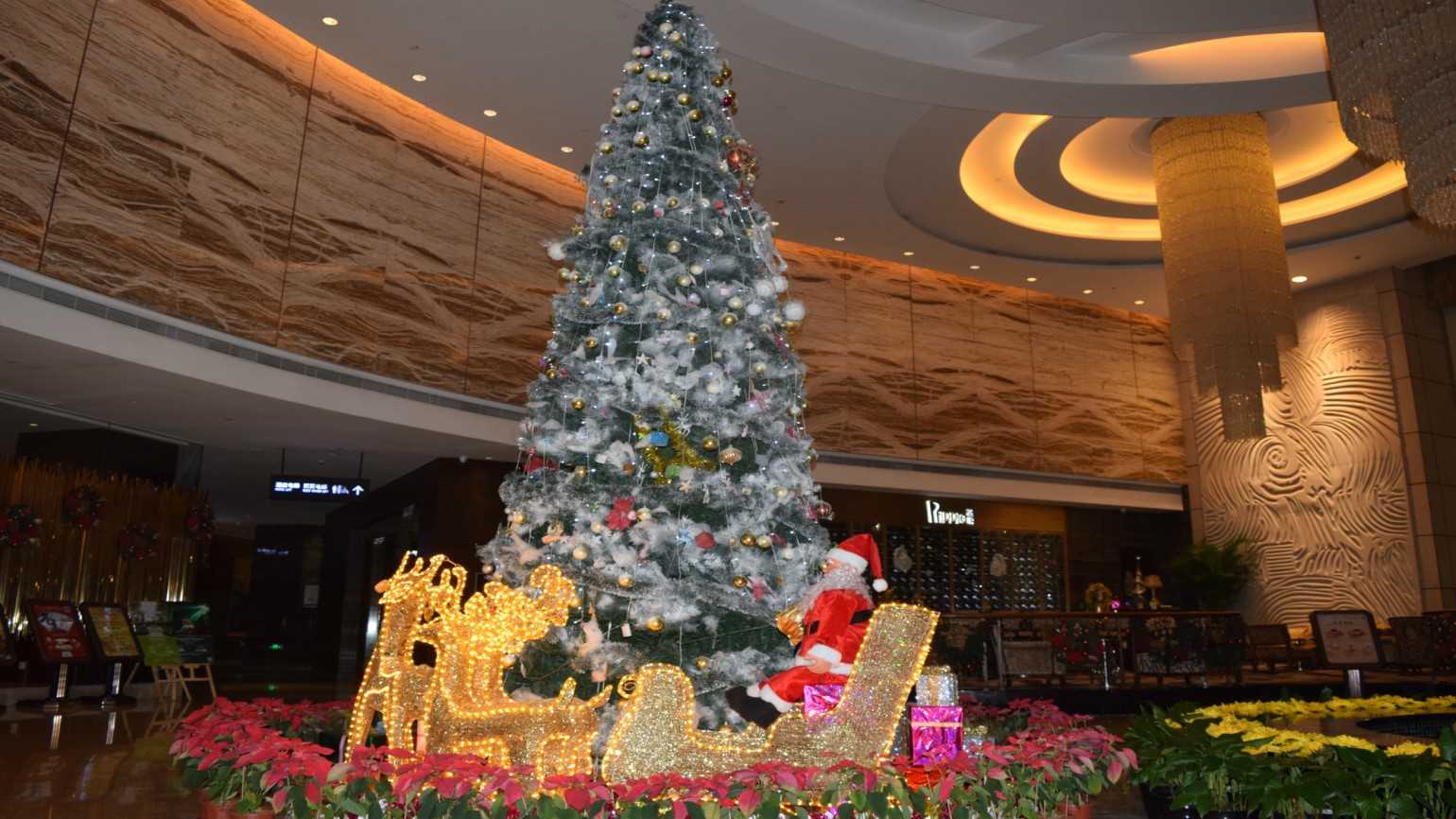 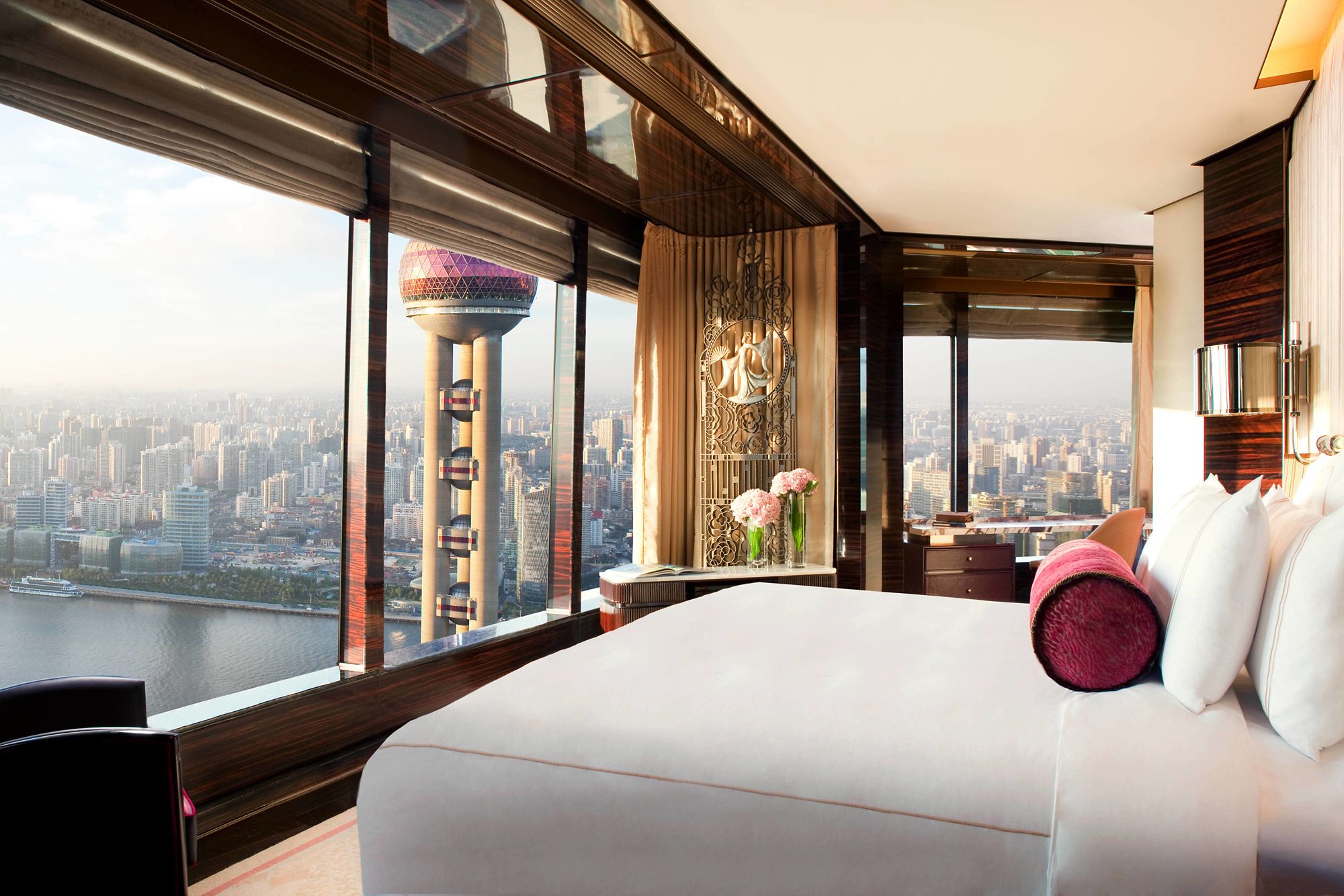 7 Amazing Shanghai Staycation for You

Celebrate the Feast of Christmas in China’s Top 5 Cities